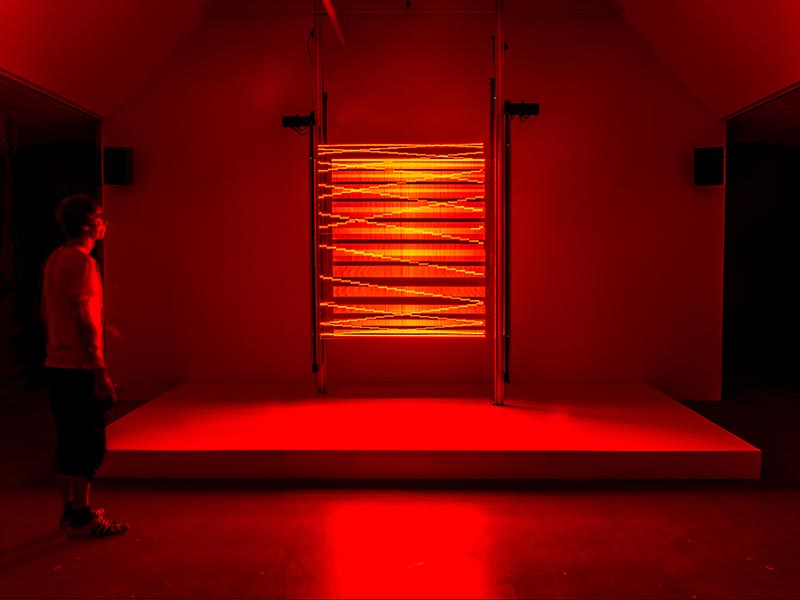 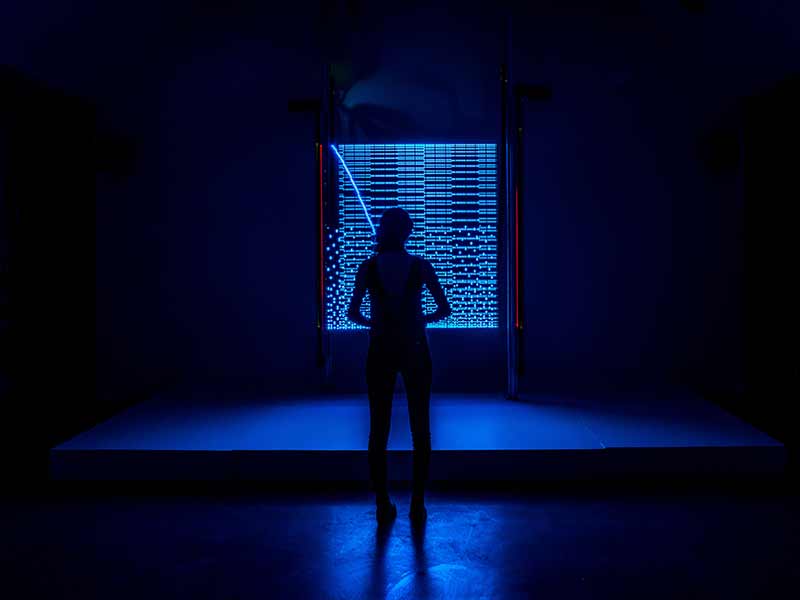 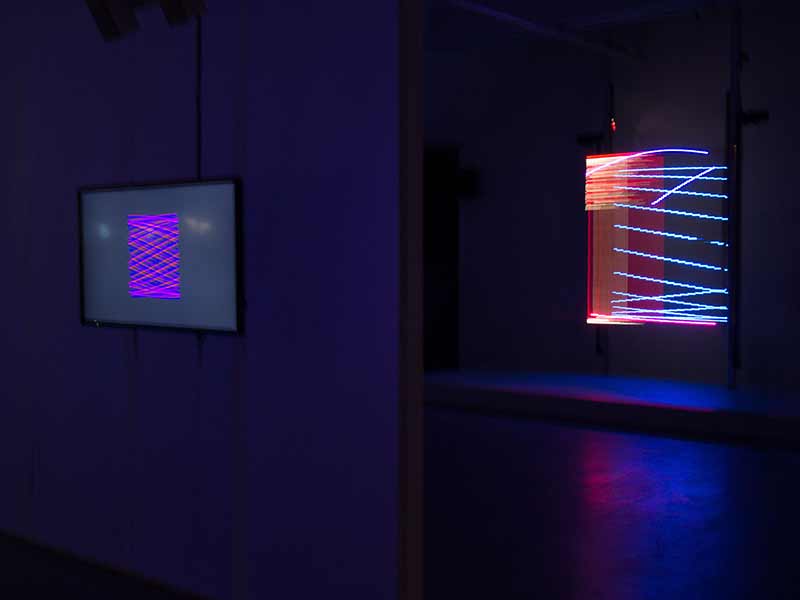 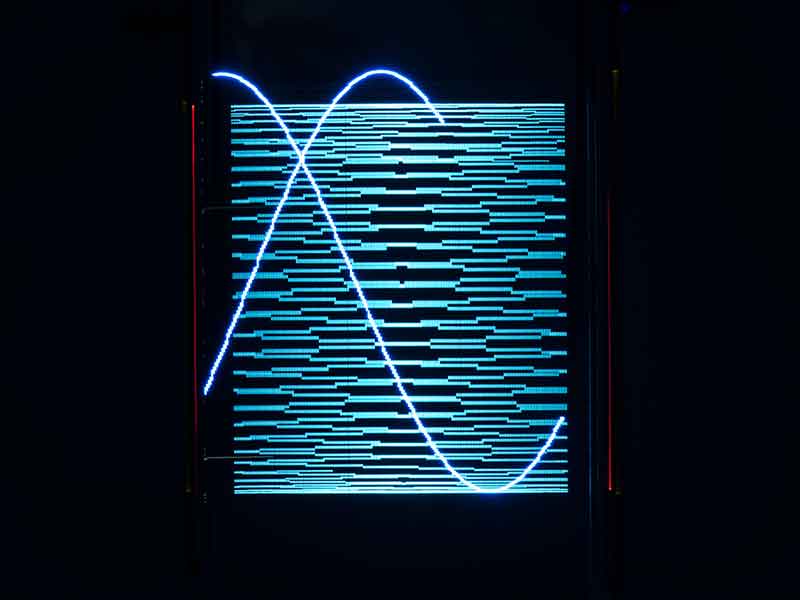 Tektõn One Three functions as a machine that prints light in space: A strip of LEDs is put in vertical motion by a motor, while the LEDs themselves are programmed with touch designer to emit sequences of light in horizontal patterns. In the relationship between these two directions of movement, between light transversing space and afterimage imprinted on the retina, various complex patterns emerge. Dots, lines and curves overlap to create traces of movement, light and dark, pattern and disorder, harmony and dissonance.

Tektõn is an ongoing collaboration between D-Fuse and Labmeta exploring the materiality and temporality of light in motion. Multi-layered light-emitting objects are organised into kinetic structures that are governed by algorithmic systems. As the mechanics of the devices are rendered invisible, traces of light remain. The fragile binaries of disorder and pattern, light and dark, harmony and disarray, human and machine become delicately balanced as they are stabilised in motion and ghost-like images hang in the air.